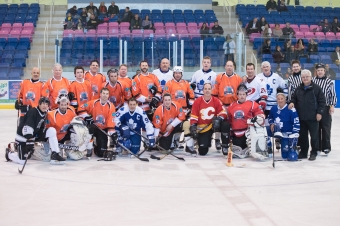 The first annual Meridian Celebrity Ice Cup was held at the Gale Centre in Niagara Falls on Friday.

NHL alumni played against the top fundraisers in the tournament to close out the event.

More than $100,000 was raised for the Hotel Dieu Shaver Health and Rehabilitation Centre in St. Catharines.